The Smart Home field has been receiving attention from computer technologists and designers for some time already; the promise within closer reach of consumers every day. And while a smart home is filled with sensors, screens and chips, their presence should be attenuated — technology fades into the background as attention seeking notifications make way for calm interactions. This is made possible by ‘smart’ technology: interconnected devices that are able to think for us. The building blocks that make up a smart home are readily available, WiFi connected lights (Philips Hue) for example, and smart thermostats (Nest). But will connected devices ever gain mainstream adoption in the face of high costs and growing concerns over privacy?

Regardless, the house of the future means an explosion in electronics: a huge increase in the number of screens, chips and sensors, all able to connect to the Internet. But don’t we already have such devices lying around at home? Devices that are currently collecting dust? Old smartphones. Androids that can’t run the latest OS anymore, iPhones replaced by thinner ones or phones that weren’t worth the replacement of a cracked screen. These legacy devices may still work, they don’t meet our requirements for a smartphone anymore. So can we then, instead of fabricating new dedicated smart home devices, use the old phones that we don’t use but don’t throw away? 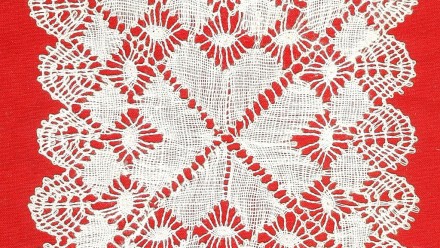 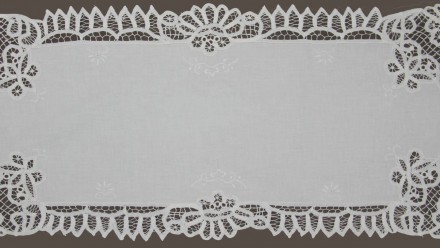 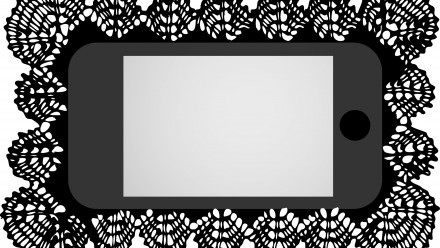 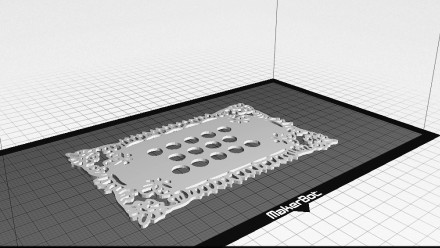 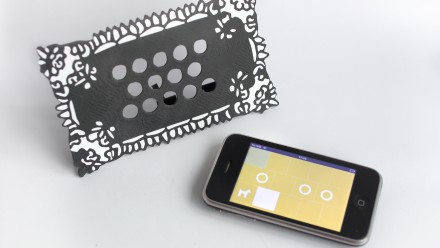 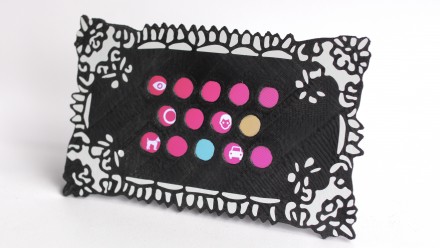 As part of my internship at ART+COM, I explored the idea of using legacy devices in a smart home. To make the concept more tangible, a quick prototype was made. The starting point of the prototype was an old iPhone 3GS a team member had lying around. This phone is well suited to running web apps, so a small webpage was quickly developed. To transform the iPhone into something other than a phone, a new phone case was made. The form was inspired by crochet ­­— a decoration often found in houses that has no association with technology. The shape was then 3D printed, with smaller details added by computer cut stickers.

The prototype functions as an ambient display, slowly changing its contents over time. It abstractly visualises data acquired either via its sensors or via other connected devices. The display also reacts to direct user interactions, changing contents when the user touches the screen. This illustrates how the user can always influence whatever the device is controlling or showing.

While this prototype doesn’t bring about any practical functionality, it does demonstrate what is possible with legacy phones. We should start making use of their limited specifications, which are still ample for dedicated tasks. Being able to try out smart home applications without needing to buy a new device, but only run an app and print a case, will definitely lower the threshold. Or when we go a step further and are able to create those apps ourselves in conjunction with a functional case, it could deliver an even better fit for our own smart homes’ needs. Is there any faster way to bring smart technology into people’s homes than utilising the electronics that are already present?

About me:
I have been an intern at ART+COM for five months, during which I participated in the research team. I am studying at the Technical University in Delft, where I am currently doing a Masters in Design for Interaction. www.jip.xyz