ART+COM Studios was invited to present Zerseher, a seminal work from the early 1990. Since neither its hardware nor its software is still existing, a small team created a contemporary version of the earlier artwork in just two months. For this interview, I spoke with two core members of the small team, Raphaël and Dimitar, about its development and design. Both Raphaël and Dimitar are computational designers and worked together on the design and development of the new Zerseher.

Susanne: Would you say that the new Zerseher is a completely new piece or a further development of the original Zerseher created by Joachim Sauter and Dirk Lüsebrink in 1992? What are the similarities and differences between the two works?

Raphaël: I would say it is a new piece, but we tried to keep the spirit of the original. We started from scratch on many levels, but we kept what made the original Zerseher interesting: the idea that the way you look at an object affects the object and the perception you have of it, which is embodied in the gaze. The original Zerseher was a statement about digital art of that time and promoted the idea of interactivity, which is why it would not have made sense conceptually to simply redo it. The new Zerseher works on very different principles than the first one did. Despite some technical similarities, the mechanics, the code and the visual effect are completely different.

Dimitar: Technologically, the first Zerseher was pioneer work, and one side effect was that it didn’t run completely smoothly as an exhibition piece. In contrast, the modules of the new Zerseher are almost all off-the-shelf products. Also the software has evolved a lot, so even we designers are now able to write code that produces graphically compelling results, which was not possible 20 years ago. 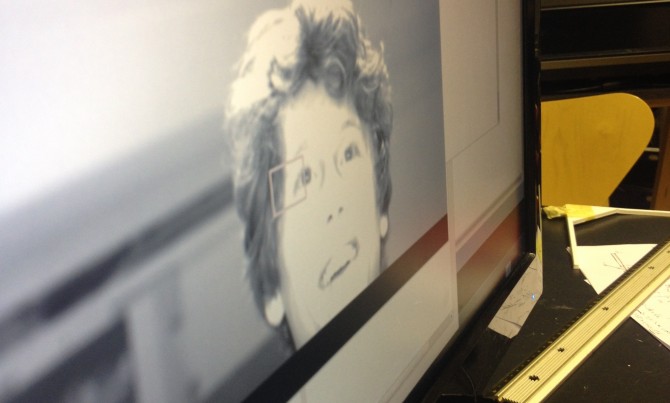 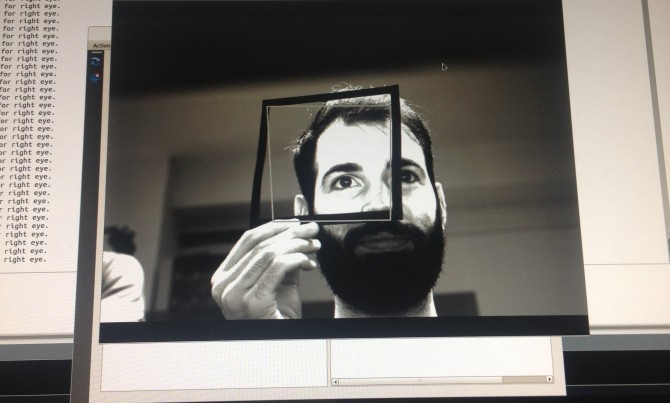 Susanne: What were the technical challenges of the project? Did you have to solve certain problems in very specific ways?

Raphaël: Something that the original Zerseher had — and Joachim was keen to include as a central element in the new version — was the image of the eye. The original piece used an eye-tracking device that was as big as a small fridge. The new one, on the other hand, is the size of a pencil case, and though it is better in many ways, it doesn’t give access to the image of the eye used for the tracking. That caused a lot of headaches. We combined the tracker with a high-resolution camera to isolate the image of the eye and display it on the screen. In the first stage, we tried to project the 3D coordinates of the eye that we get from the tracker onto the image plane of the camera. But we did not manage within the timeframe that we had for this project. Instead we decided to do computer-vision analysis of the camera image in order to capture the eye of the spectator. The eye tracker still plays a central role, tracking the gaze of the user, but also detecting if anyone is present and not moving too much, so that a sharp picture can be taken.

We did not want people to go through a time-intensive calibration process, but we feared that the tracker would not work that well for people with glasses or contact lenses. A lot of time went into the investigation of the gaze-tracking and the software that comes with the eye-tracker. In the end, the piece will have a sign stating that people with glasses and contact lenses might not enjoy the full experience, which is a compromise that we feel is okay. 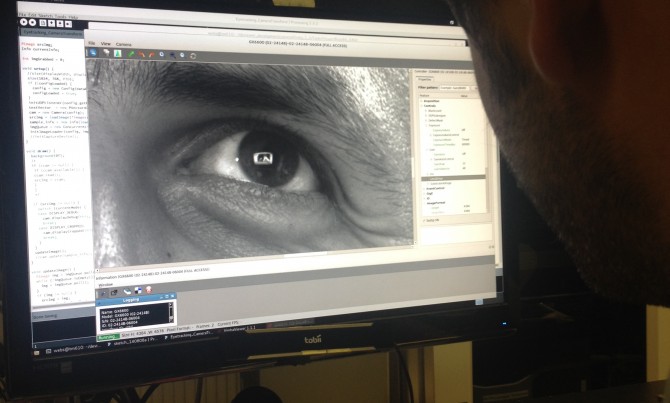 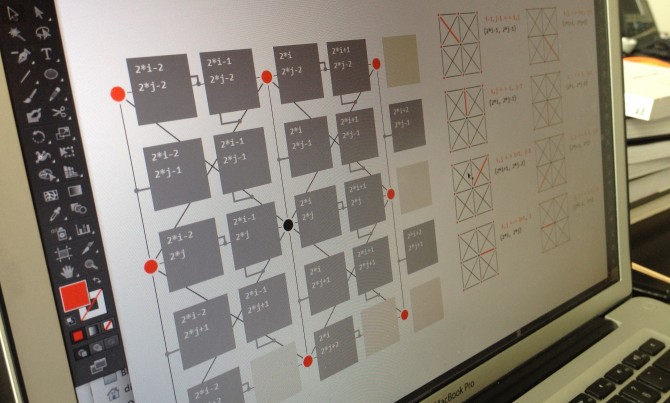 Susanne: There were also clear limitations in developing the piece such as the budget and the timeframe. How did these and other specifications affect the project?

Dimitar: I don’t think of them as limitations but as trade-offs. There are always multiple ways of doing things. If you can’t do it in an optimal way, then you can come up with an alternative solution, which might work almost as well. In this case, some of the conditions pushed the concept and the visuals, like the fact that we used a black and white camera provided by our partner Allied Vision Tech. That had a beneficial effect on the aesthetic quality of the piece.

Raphaël: Also the project made us work on the eye-tracking technology, which is certainly going to be useful in a current research project on multi-modal interaction and interaction design for the home and industrial environments. 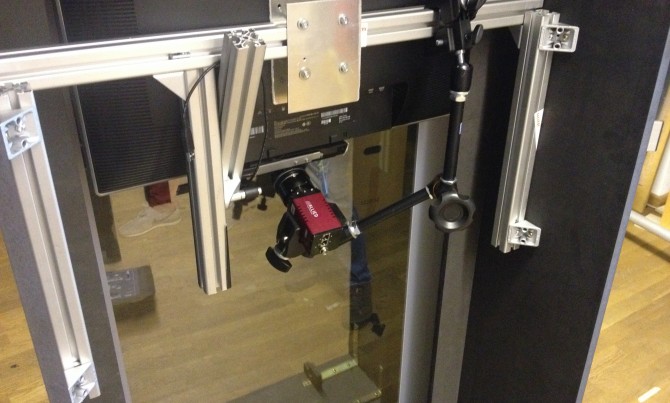 Susanne: Let’s talk aesthetics and visuals. The new Zerseher shows the image of the viewer’s eye that is then distorted and even ruptured or cut open by its own gaze. What was the inspiration for these visuals?

Raphaël: We tried many things and we finally stayed with something that seemed right. The final visual effect is taking a lot from existing Processing sketches that we used as inspiration. Something that I am really keen on is using physical properties of real-world materials and not simulating them as accurately as possible, but making the piece more sensual. When we see a material and how it moves or reacts, we feel a certain way, because it reminds us of past experiences. These are the raw materials of generative and digital art: processes — natural, engineered or hybrid — and their computational representation.

Susanne: The visuals immediately remind me of skin, as one sees a body part, the eye that is cut. This image of the cut eye has a strong emotional effect, and of course it recalls famous predecessors like the scene in Buñuel’s film “Un Chien Andalou”.

Raphaël: The cutting is also a reference to the original Zerseher, which showed a canvas.

Dimitar: I think the piece is also about observation and what is at the root of machine-intelligence, because it finds our eye. You can read it as a kind of critique of our obsessiveness with ourselves that is fuelled by social media.

About Dimitar Ruszev:
Dimitar grew up in Budapest. He studied communication design at the Potsdam University of Applied Sciences, and works for ART+COM Studios as computational designer. He was gradually drawn to interaction and generative design and has a great interest in exploring the intersection of art, technology and society.

About Raphaël de Courville:
Raphaël is a graphic designer and new media artist from Paris. Aside from his research and computational design work at ART+COM Studios he teaches workshops on such topics as computational aesthetics. He is also one of the organisers of the monthly Creative Code Jam & Creative Coding Stammtisch. Raphaël on Twitter: https://twitter.com/sableraph

About Dr Susanne Jaschko:
Susanne is an art historian and curator based in Berlin. Next to her freelance writing for ART+COM Studios, she focuses on participatory art and design processes. prozessagenten website: http://prozessagenten.org